We have been delighted to be commissioned by/work with wonderful companies up and down the country, and are proud to have been instrumental in helping them develop their corporate branding, below are some examples of some of the logos we have developed. (Images are reproduced here with the kind permission of the business owners) 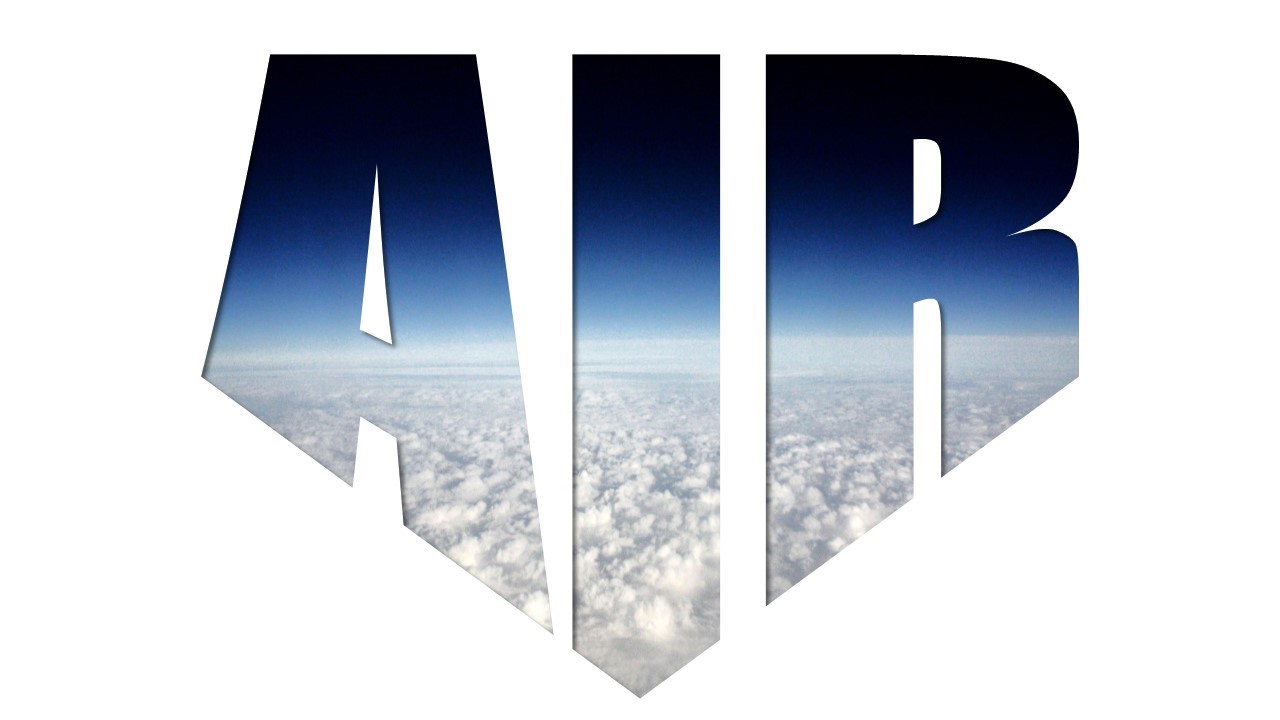 Coolgoldfish Designs were commissioned to supply this specialist business with it's new logo. We were given a free reign to create the logo from scratch with no prior specifications from the client. The finished product was very well received by both the business and it's clientele. 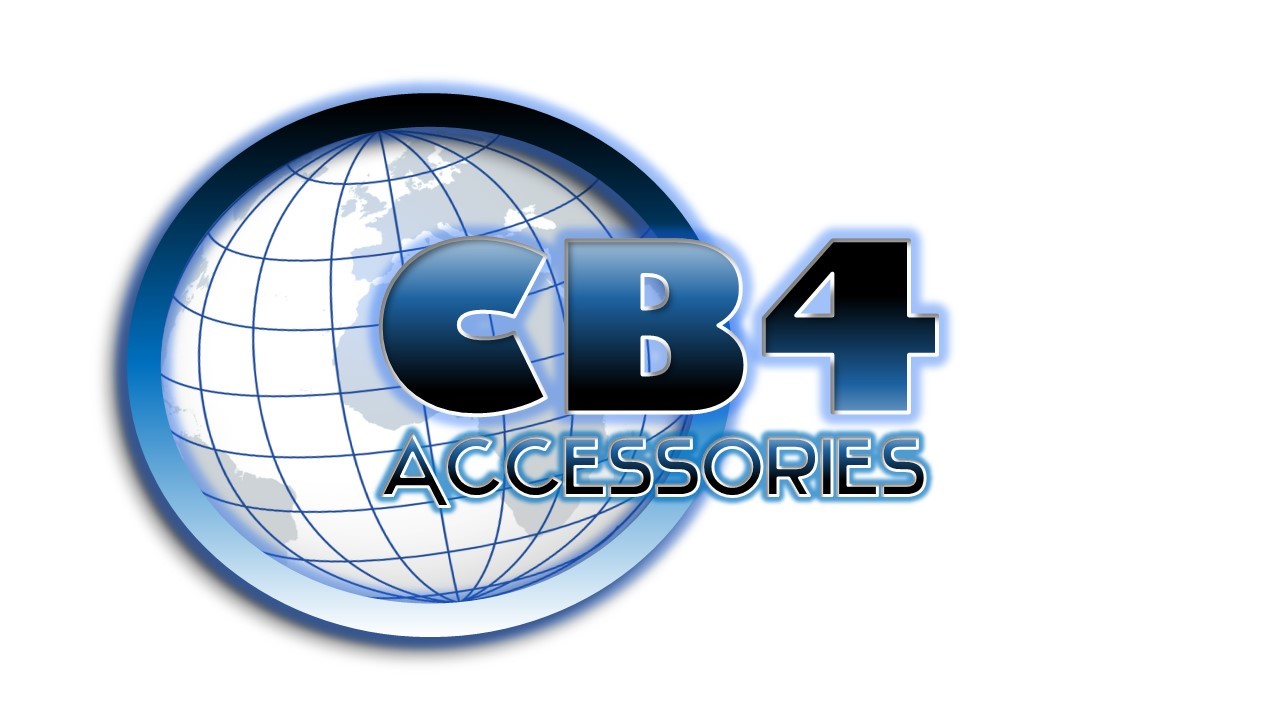 CB4 Accessories are an established brand supplying the retail and wholesale market with fairly priced, good quality merchandise such as wristbands, headbands and gloves as well as large stocks of fashion/fun ties, bow-ties, braces, socks etc. CB4 trades globally and wanted a new logo to help emphasise this point.

Coolgoldfish Designs were invited by the business owner to come up with ideas, with the only spec given being the colour. We came up with a number of concepts which delighted the owner who immediately commissioned us. They were delighted with the final artwork and have expressed an interest in working with us again on future projects. 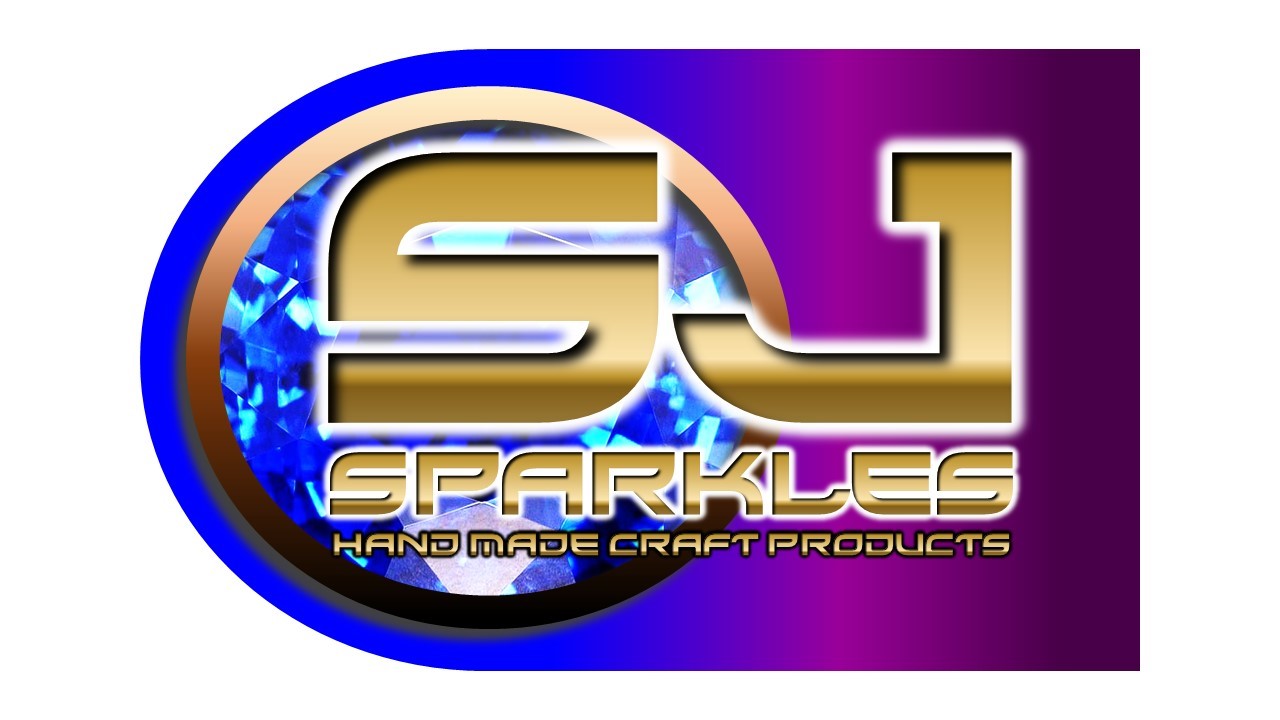 SJ Sparkles are an up and coming (but rapidly increasing) hand made craft product business producing a wide range of high quality products including personalised glassware, wall vinyls, 3D frames and so much more.

Coolgoldfish Designs were approached by the business owner, after seeing examples of our work, to produce their new logo/identity. They asked for something that reflected their name and love of all things sparkly, so we came up with several concepts, all of which the client loved.. and which left the owner with the dilemma of which image to pursue, before finally deciding upon this artwork. 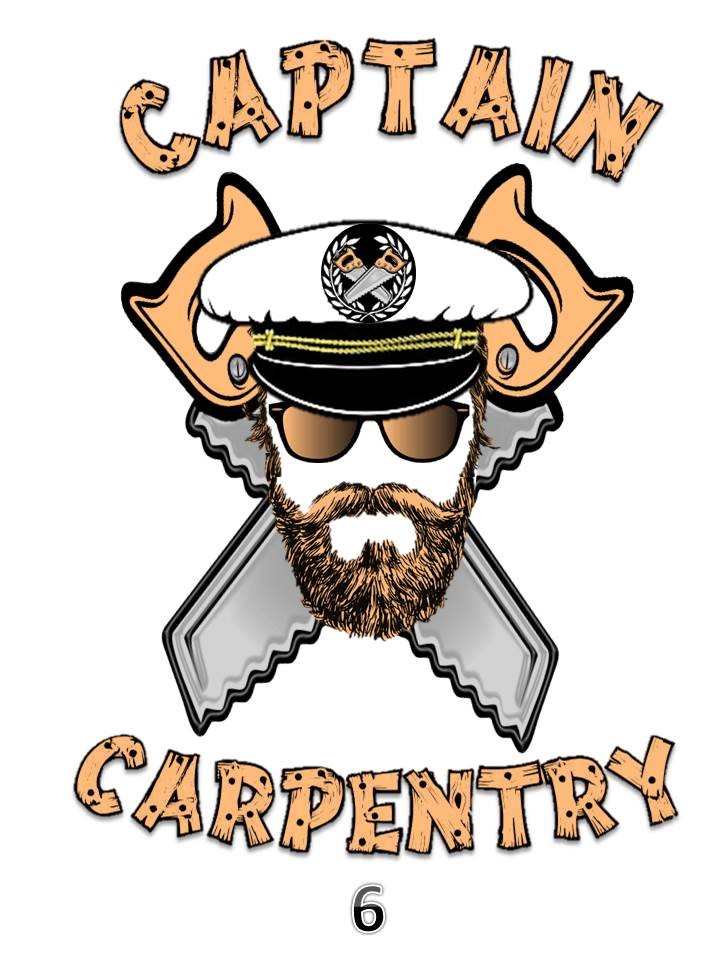 Captain Carpentry are based in the Cotswolds, as the name suggests they are a carpentry business. The business owner lived on a house boat that he had largely constructed himself, so wanted something that reflected both his trade and his home.

Originally he had requested a skull and crossbones type image in wood effect. We explained to the client that this would give the wrong image for his fledgling business and would give the impression he was an untrustworthy pirate. He asked us if we could provide a variation on the theme, so we produced several concepts for the owner to chose from. He was delighted with the look of the 'Cool Captain' against crossed hand saws with the text wording in 'plank' effect, and conceded that it was a much friendlier image and more conducive for his business.

We have had the good fortune to be commissioned by a number of businesses, including breweries, pubs and even bands to produce point of sale material. This is just a selection of artwork such as promotional posters, Beer pump clips, magazine adverts. 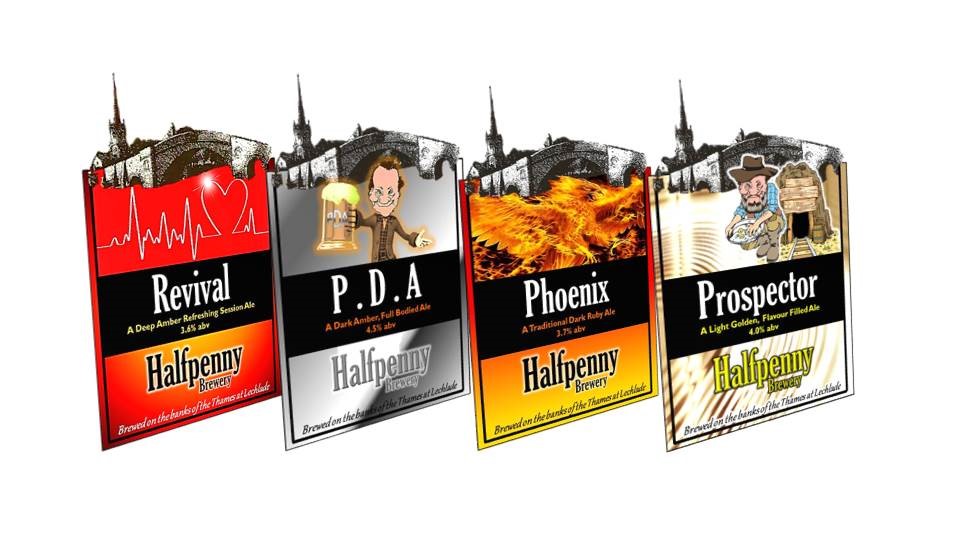 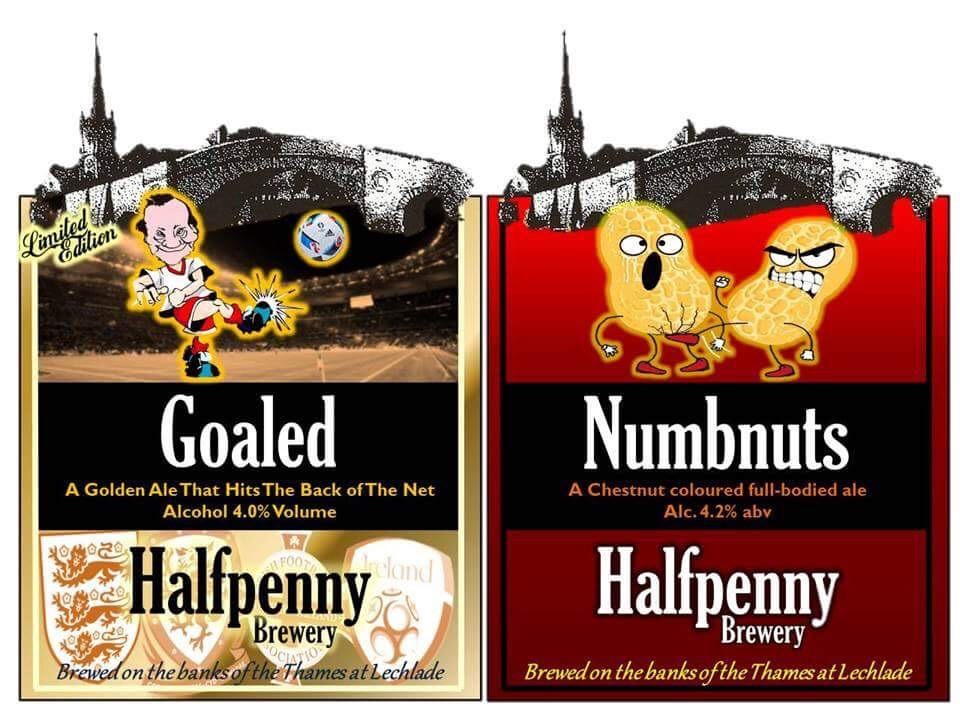 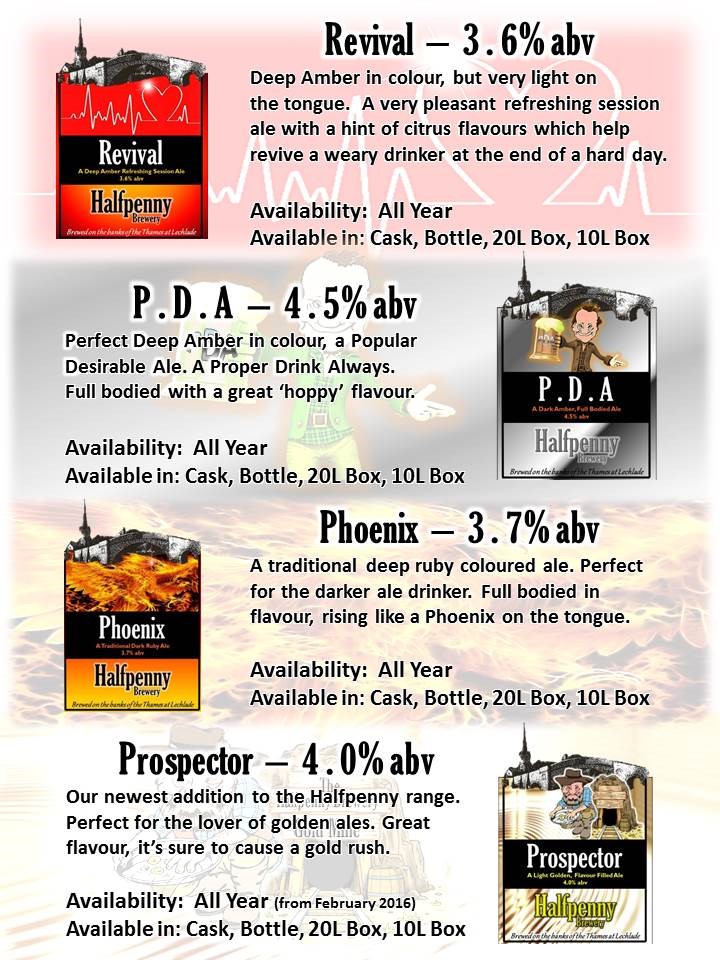 Halfpenny Brewery Beer Pump Clips concept artwork - This was our original concept artwork for the planned four new ales that went on to be produced by The Halfpenny Brewery in the beautiful Cotswold town of Lechlade. We followed an existing template in relation to the overall style, however we had free reign with the images and colours used. This was the promotional concept artwork, however the brewery was so impressed that they insisted nothing was changed and signed off on the images immediately. They went on to use each of these images on both their beer pump clips and their bottled ales. 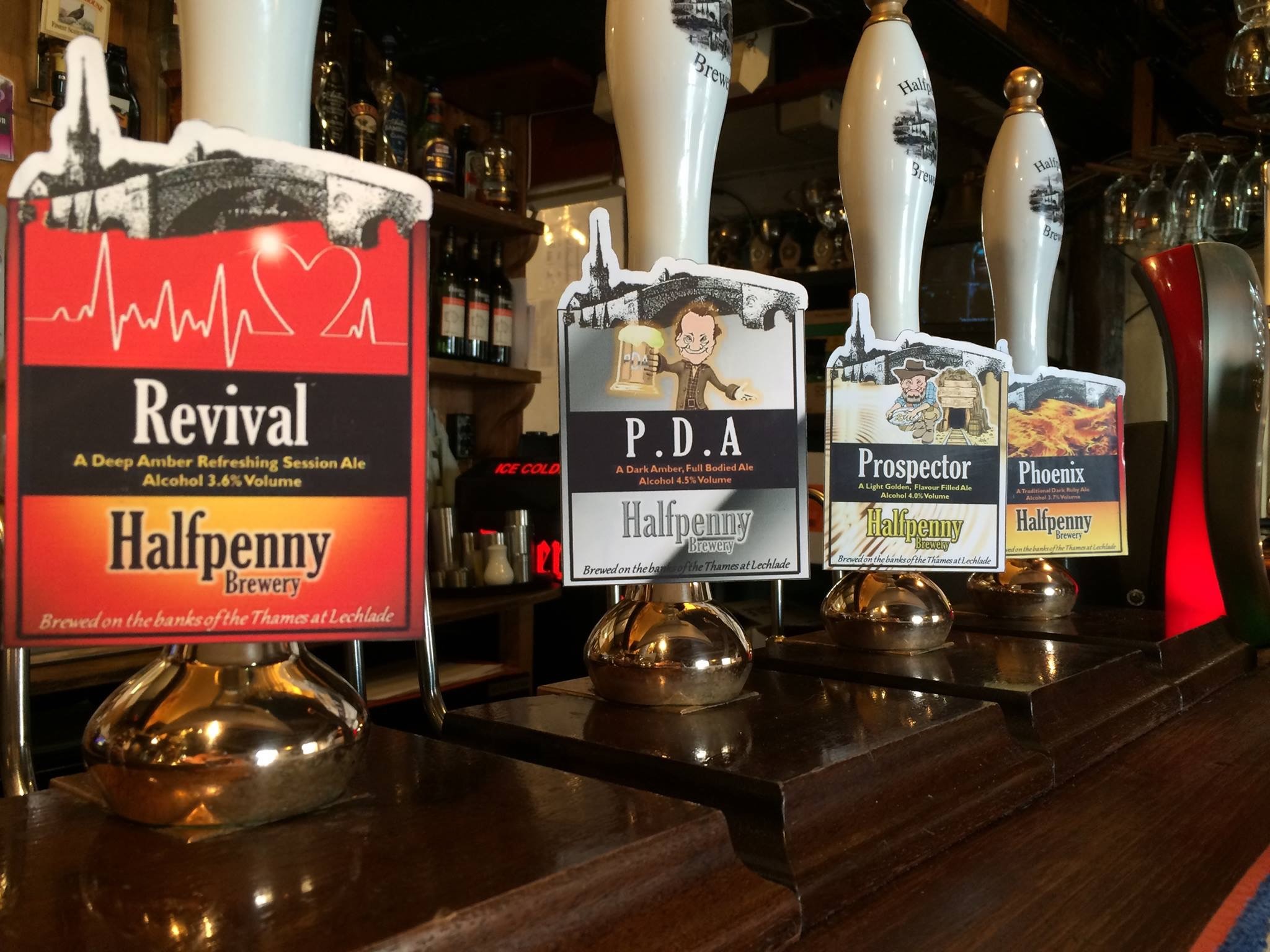 Halfpenny Brewery Beer Pump Clips in situ - Each beer pump displays the finished artwork produced by ourselves. Designed to be eye catching and inviting, the pump clips went down well with the brewery, the pubs that stocked the ales and all of their customers. 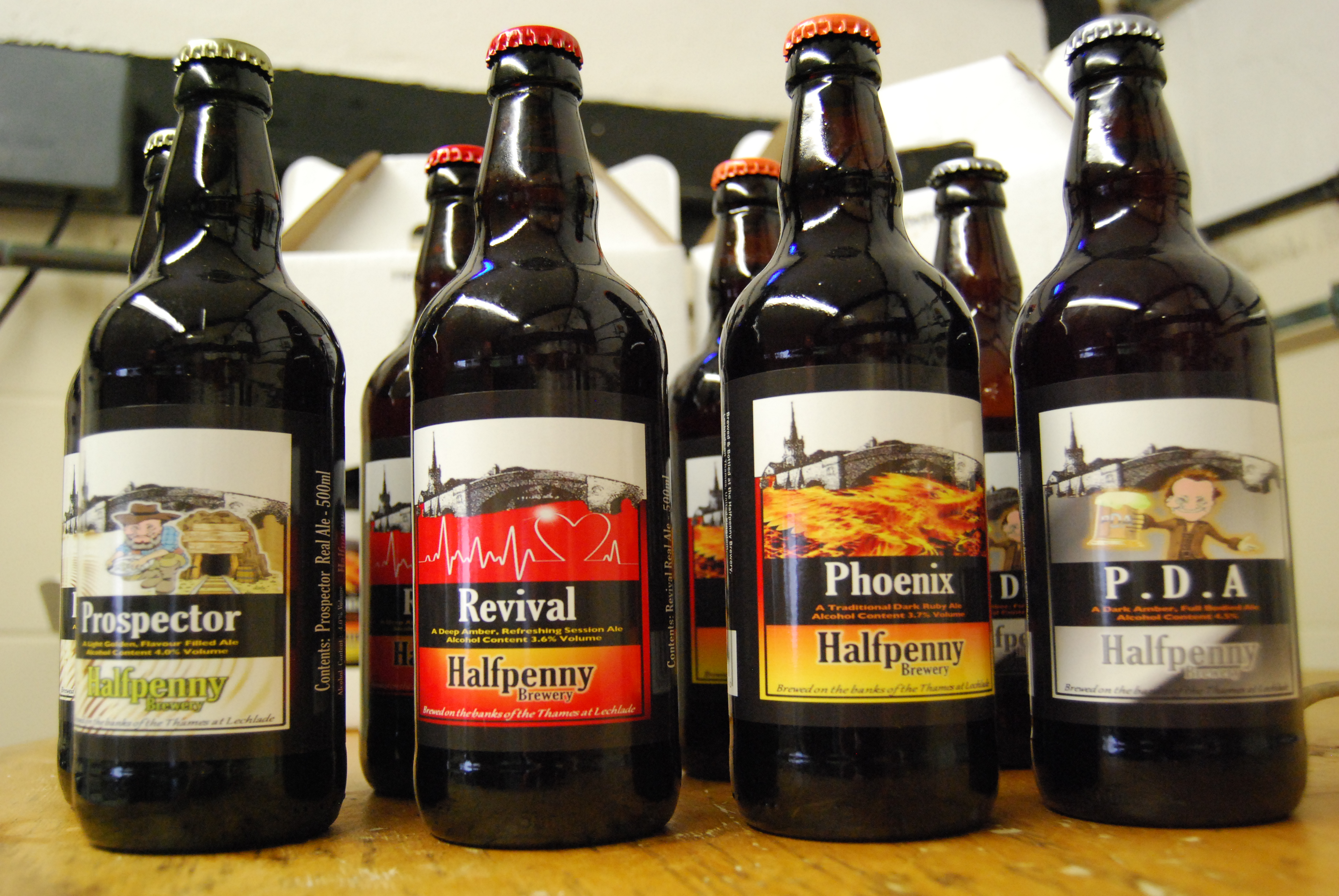 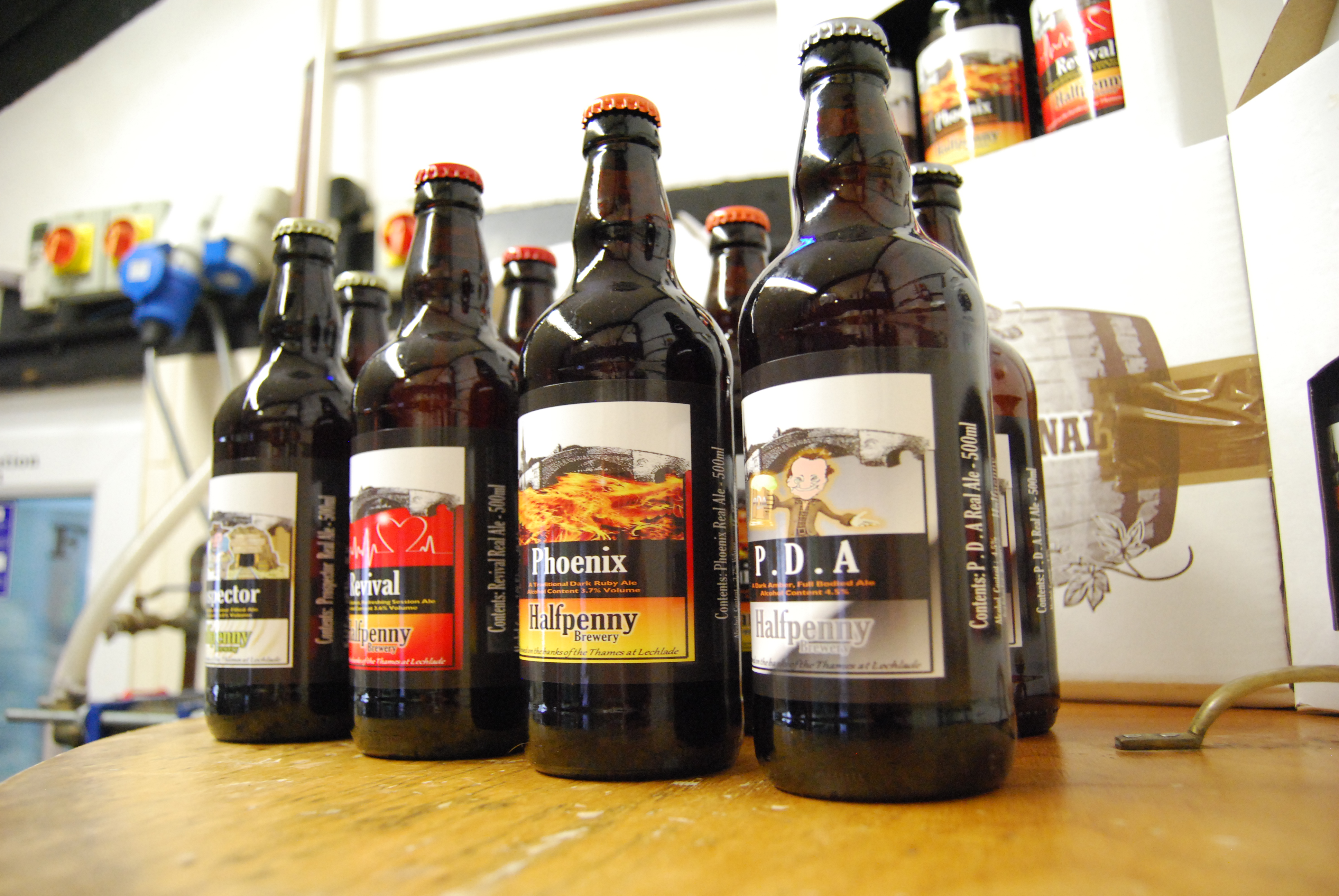 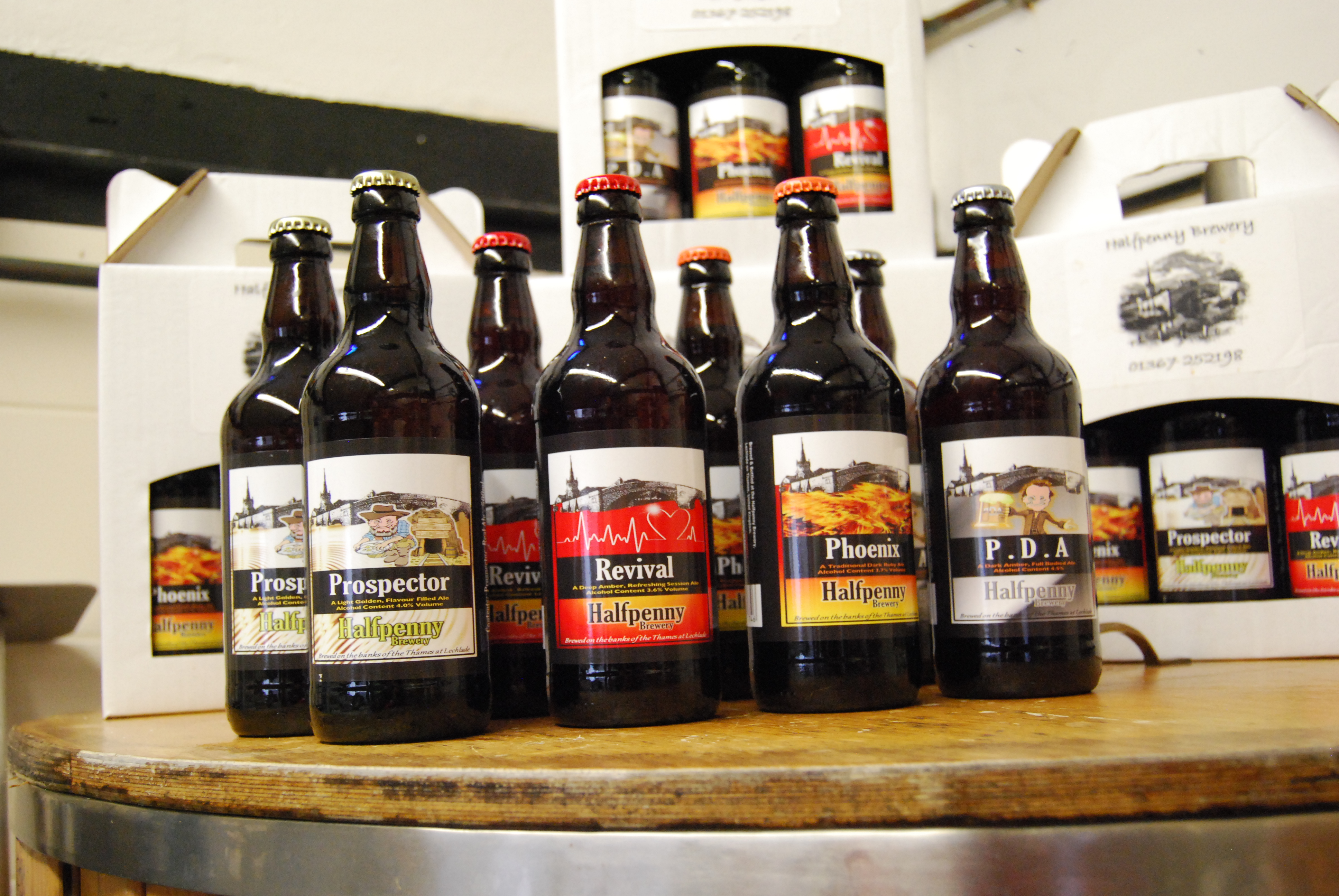 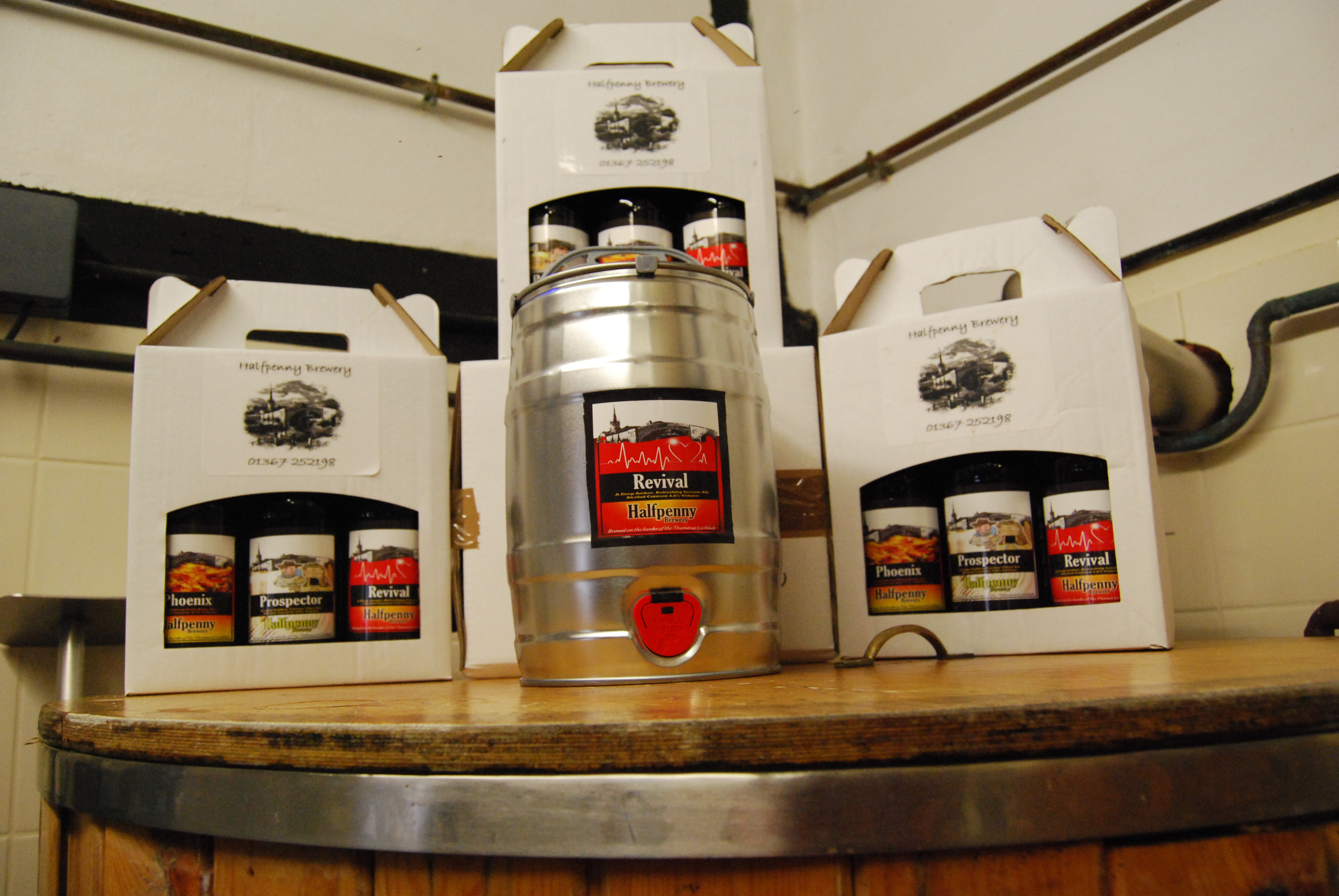 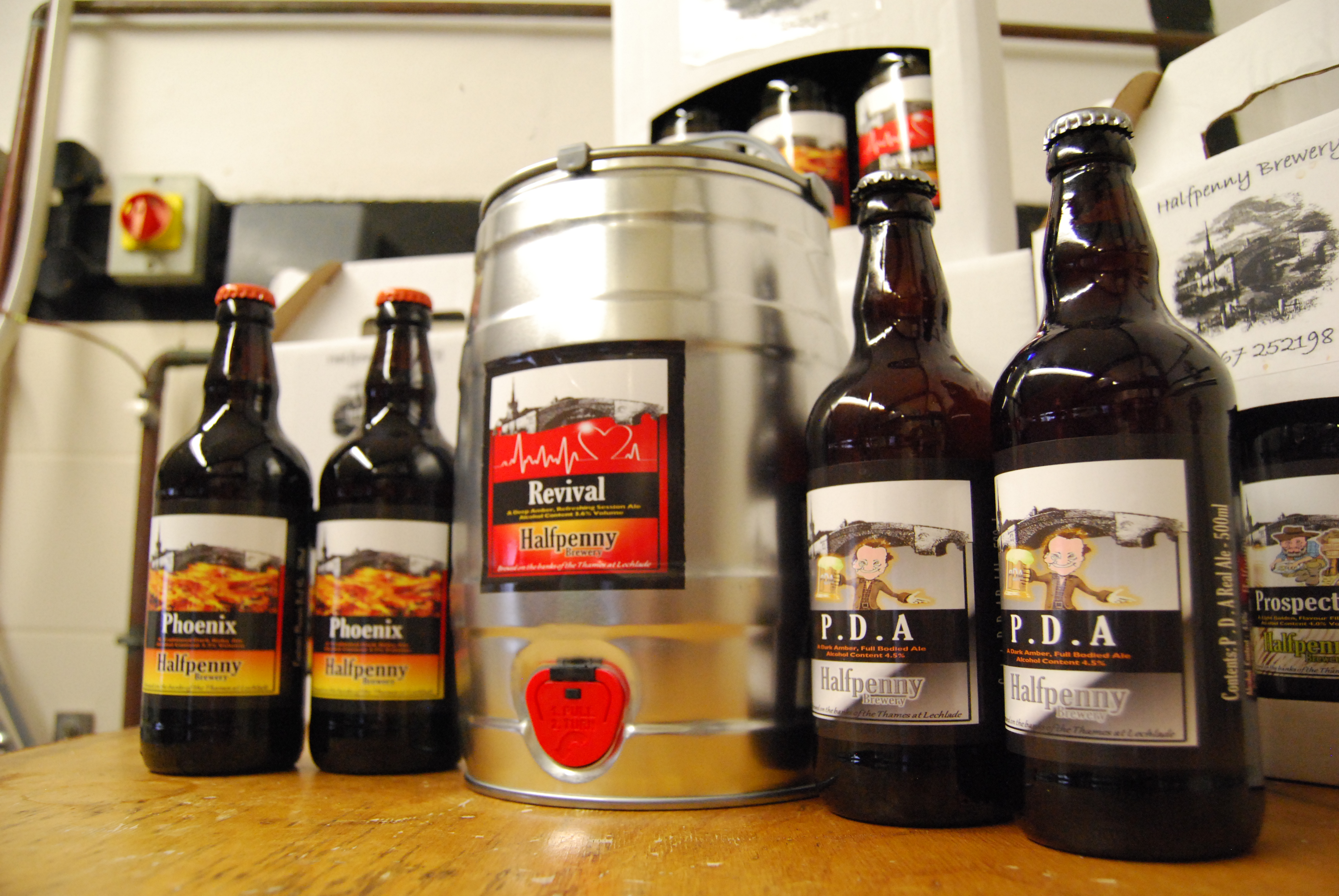 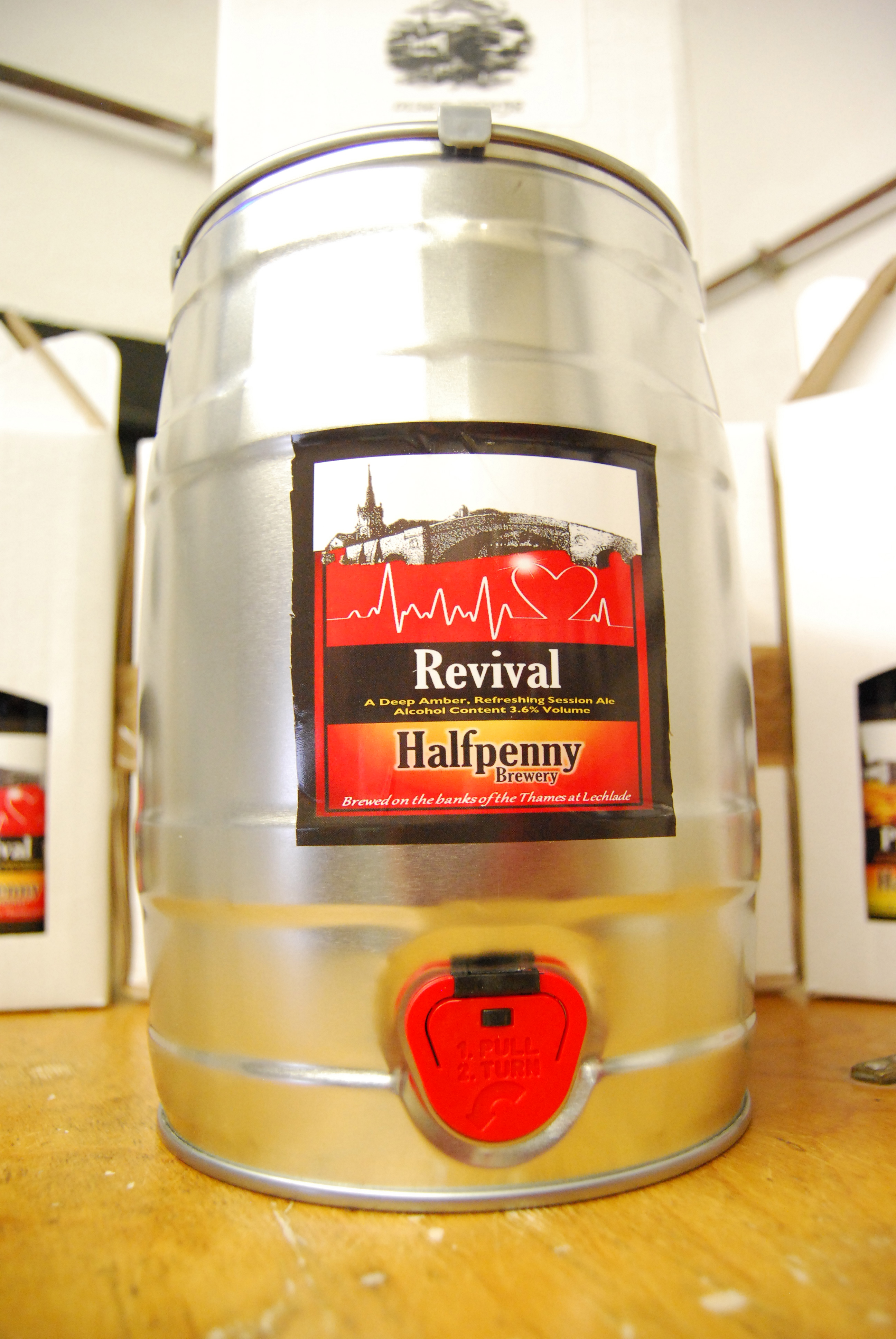 Halfpenny Brewery Mini Kegs and Bottles - This shows how our artwork was adapted to be used on beer bottles and mini kegs that were available for purchase. 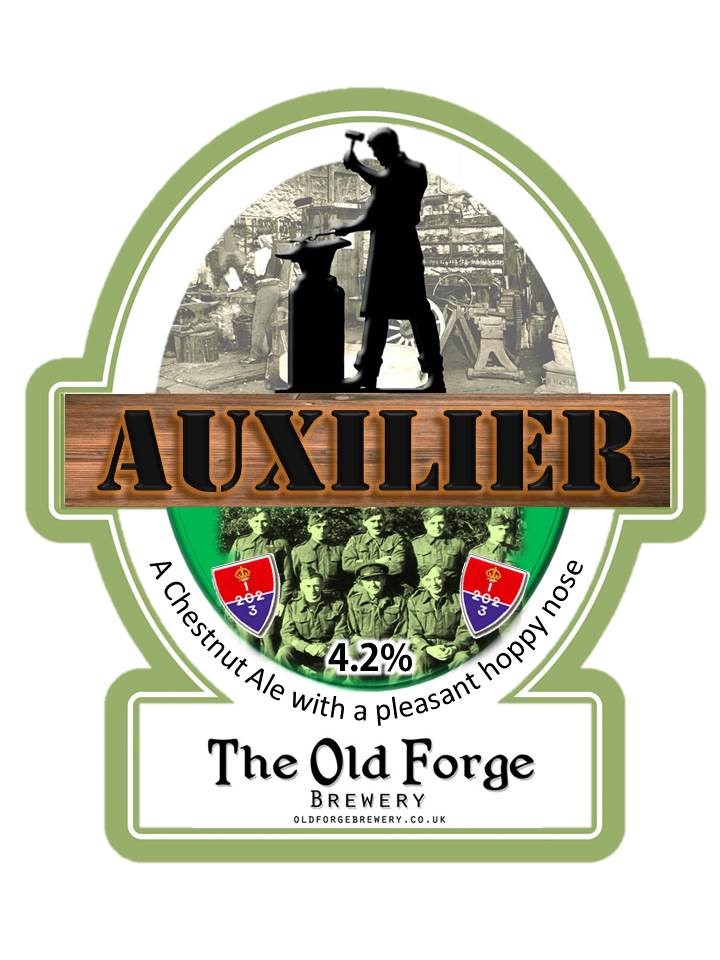 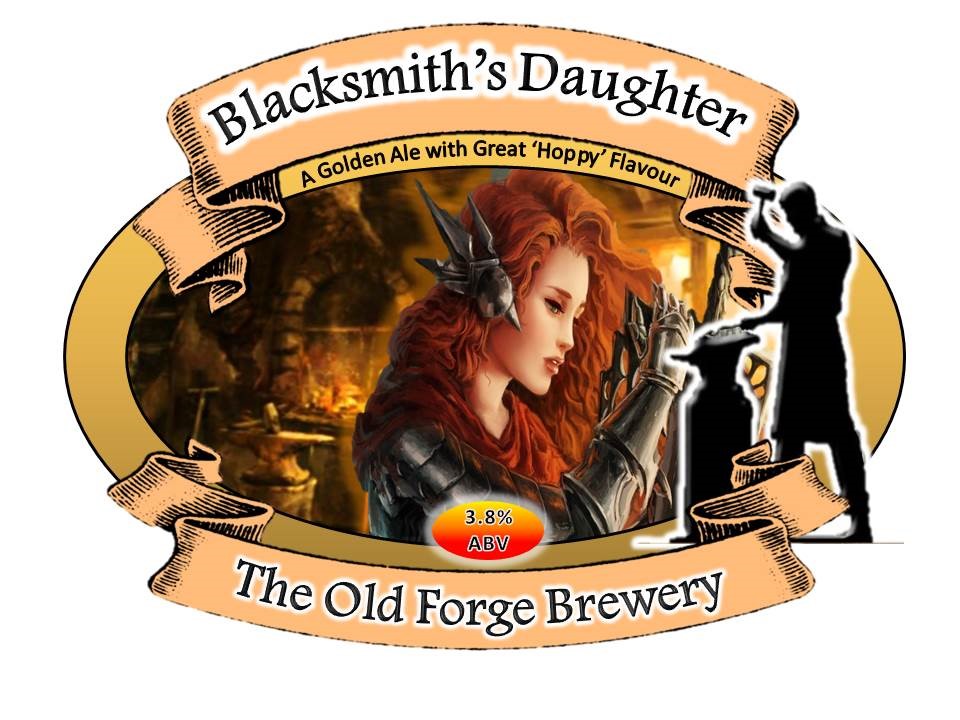 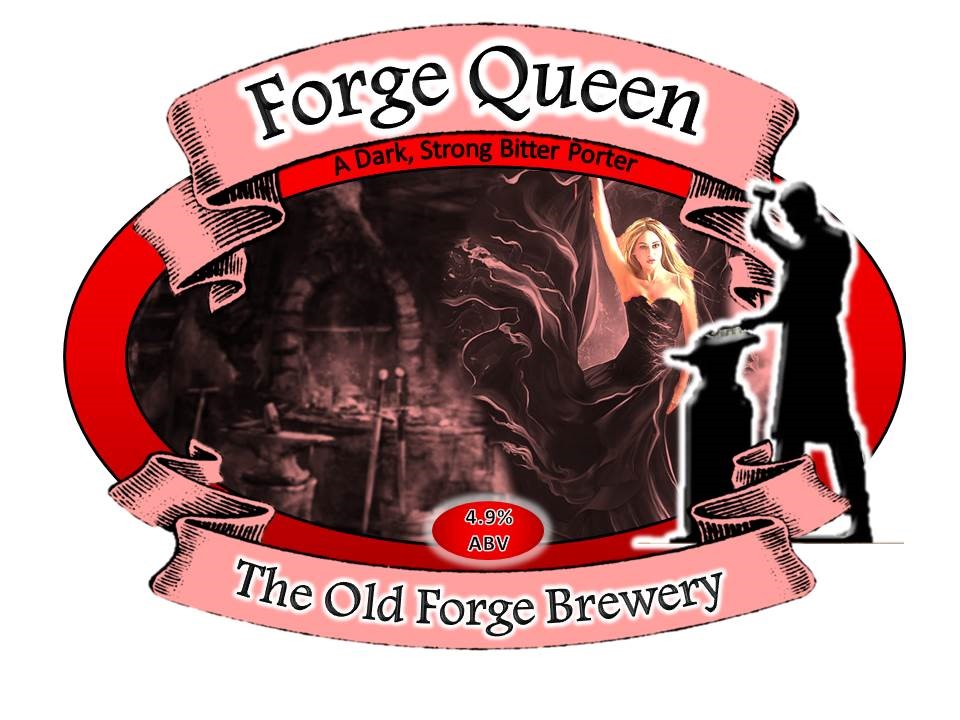 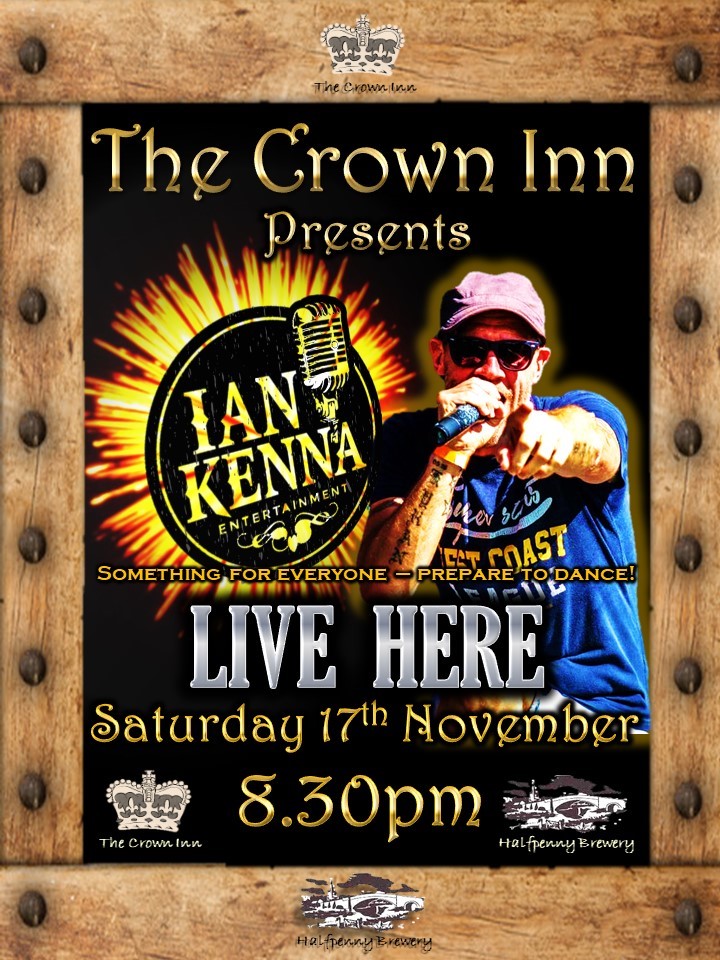 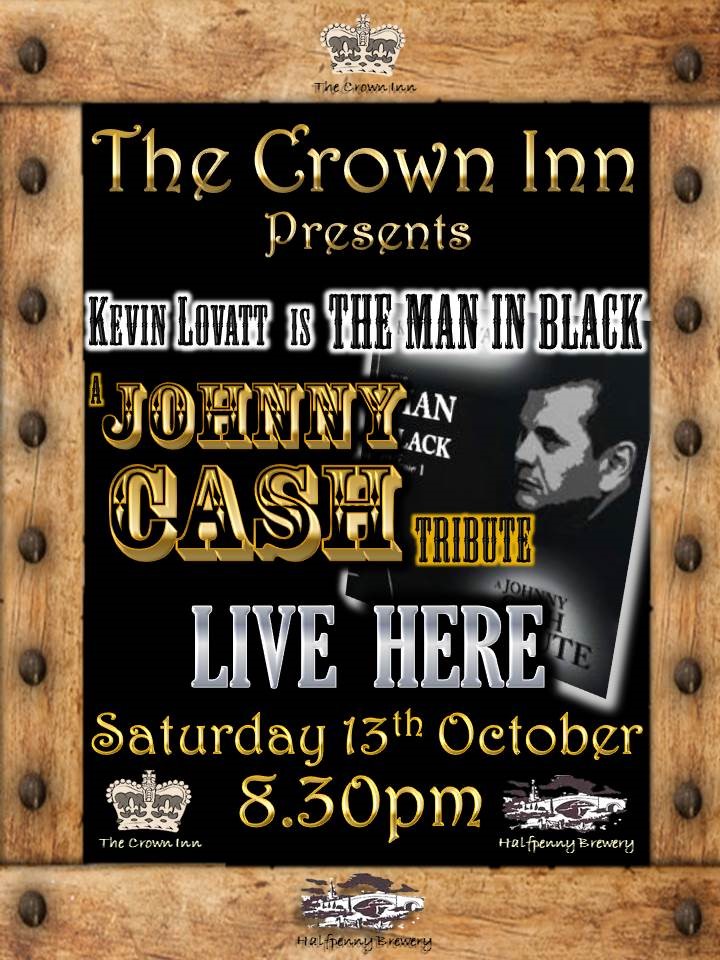 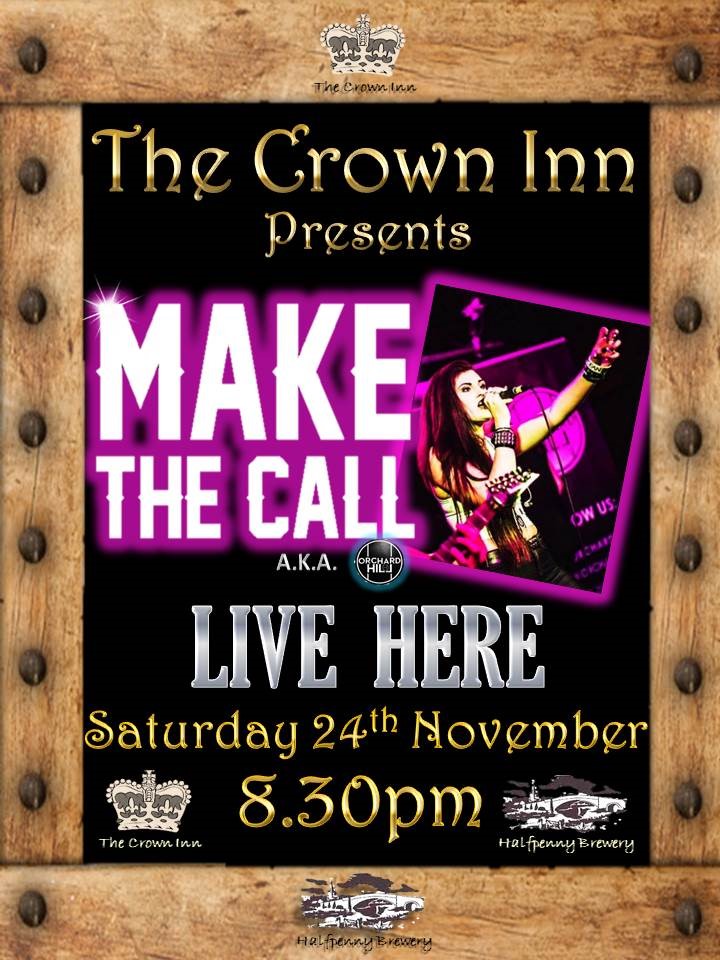 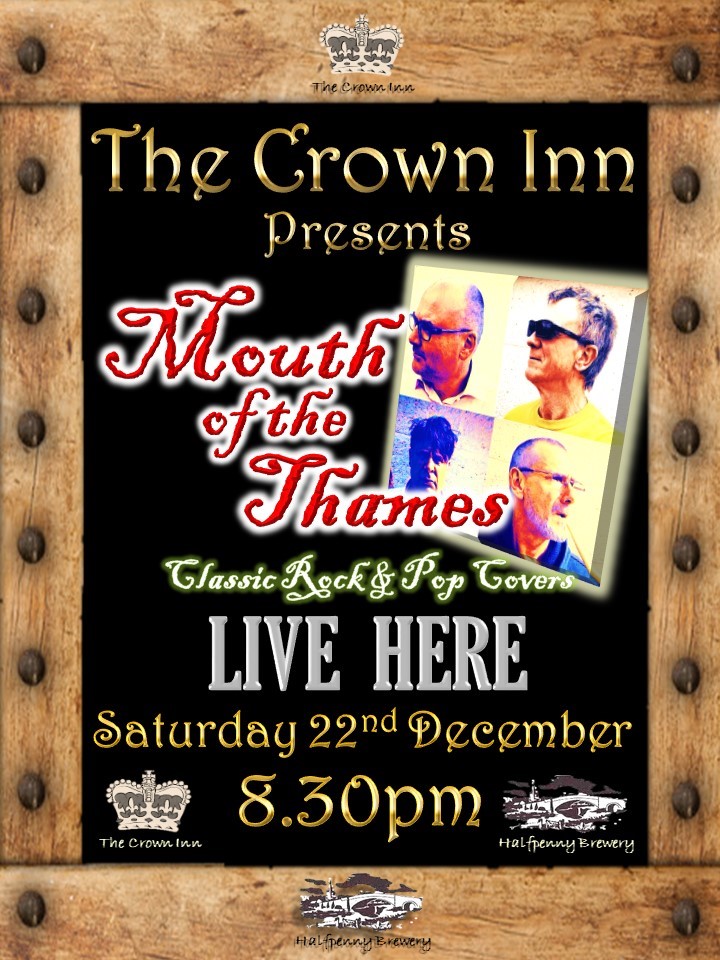 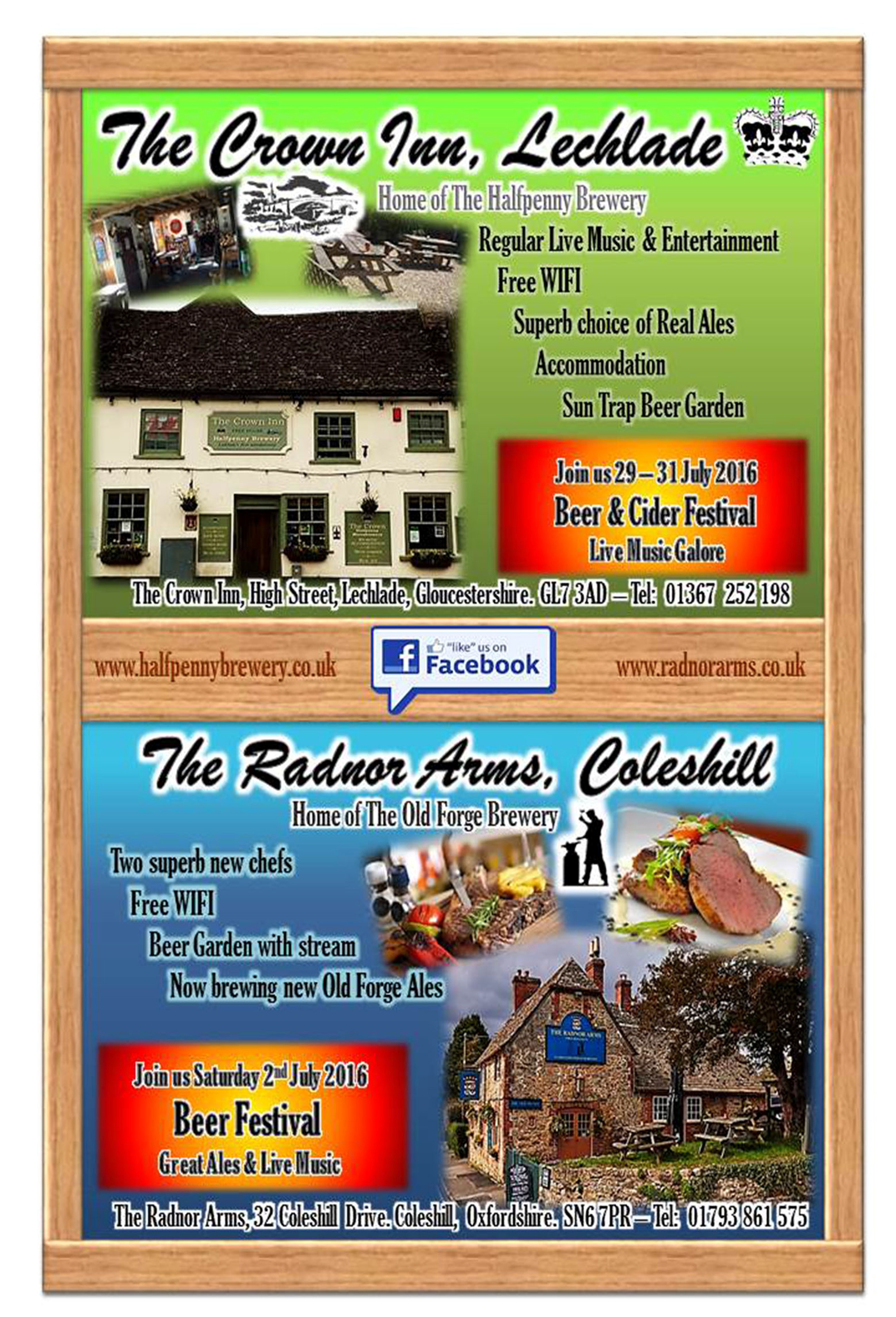 Promotional Posters (The Crown Inn) - The Crown used to use a simple green font on a white background for their promotional posters, however they noticed they were being largely ignored, so asked us to produce something a little more eye-catching.

The Crown is a very traditional old rustic coaching inn, so we produced an affect of a traditional old pub chalkboard surrounded by a rustic wooden frame. This could easily be reused for all acts and gave a sense of identity. 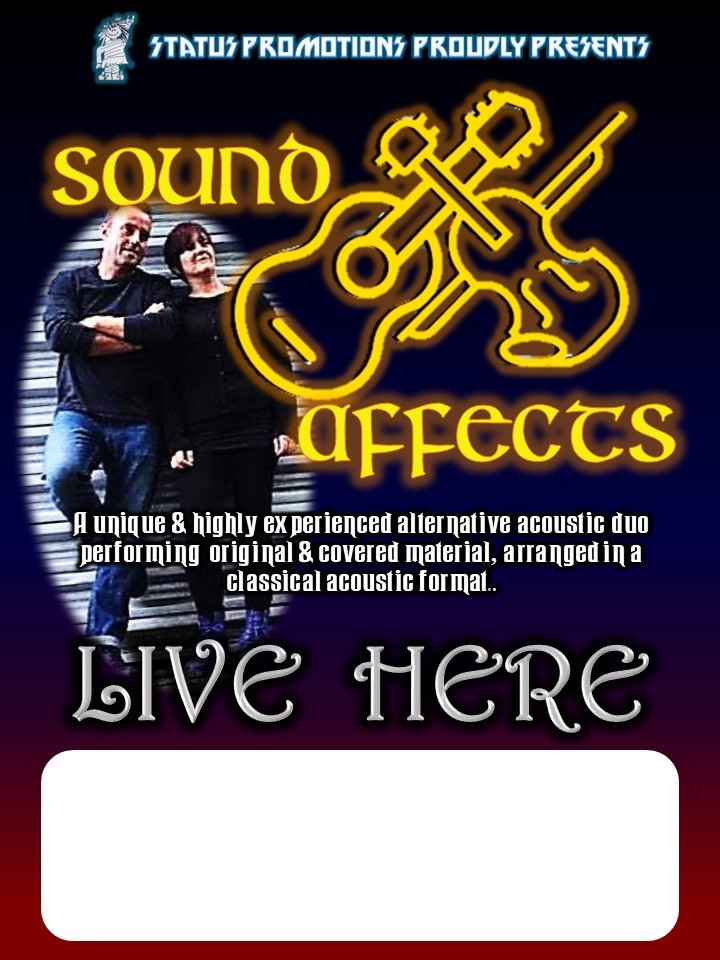 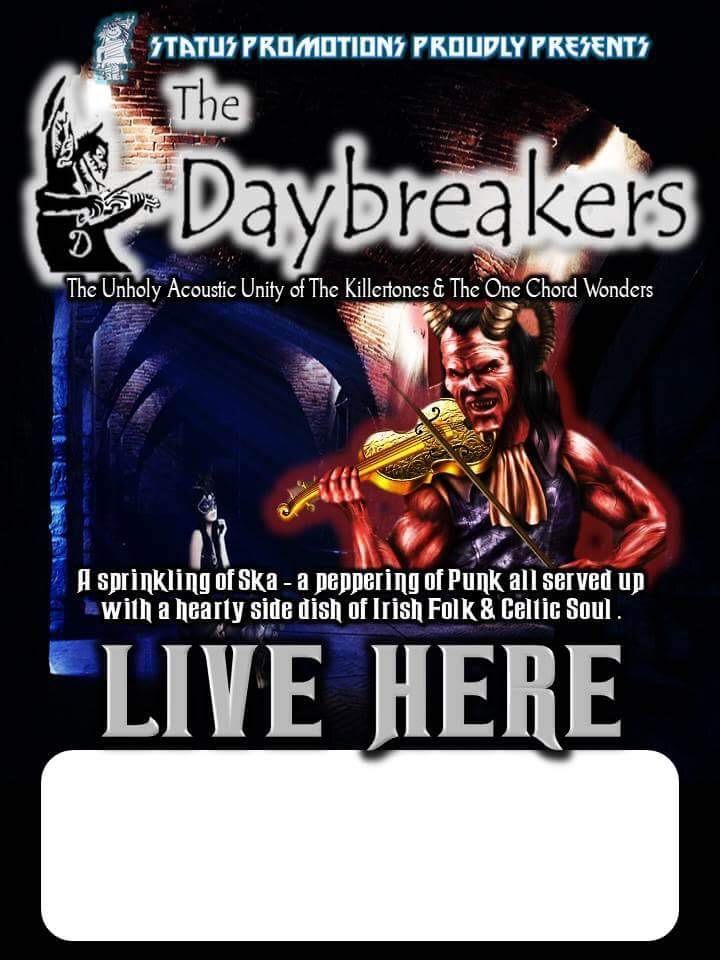 Promotional Posters (Bands) - After an appearance at The Crown, we were approached by a band to produce their promotional posters. We were given the specification that it needed to contain an image of a devil playing a fiddle and should be dark, atmospheric yet colourful.

On Screen Displays/Electronic Point Of Sale

Make sure your customers are getting your message. It's a proven fact that people take more notice of moving images on a screen than posters or the written word. Our unique on screen displays are tailored to your needs and your business. Suitable for any and all businesses, Doctors or Dentists surgeries, venues and even restaurants and public houses. Each display is unique to your establishment.

Use our special on screen display to get across your important messages, use it to advertise upcoming events or special offers. The list of uses is almost endless, why not get in touch to discuss your business needs.

Having a party, school reunion, get together or wedding reception? Our on screen displays can even be tailored especially for your events, contact us today and let us # make your gathering extra special.